No. The Fourteenth Amendment’s guarantees of due process and equal protection of the law protects U.S. citizens and non-citizens alike. The term “person” under the Amendment encompasses U.S. citizens, lawfully admitted resident aliens, and even aliens whose presence in this country is unlawful. While here, every person whether present in the U.S. lawfully or unlawfully, is entitled to equal protection of the laws. Thus, an injured person has a right to seek redress in U.S. courts, regardless of immigration status. 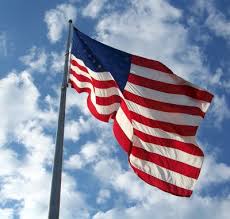 California law adopts this view. “For purposes of enforcing state labor, employment, civil rights, and employee housing laws, a person’s immigration status is irrelevant to the issue of liability….” For example, the California Legislature has explicitly applied all protections, rights, and remedies available under the California Labor Code to all individuals – citizens and aliens – who have applied for jobs or who have worked and been employed in the State. While the Legislature has yet to be as explicit in the area of personal injury, it is notable that there has been at least one California reported case holding that evidence of a patient’s immigration status is irrelevant when he sues a doctor for medical malpractice.

What does this all mean? In general, whether a person is in the United States lawfully or unlawfully, immigration status should not preclude one’s right to file a lawsuit in a U.S. (or California) court to recover damages for personal injuries sustained.

Mrs. Guinto has been following the Asiana 214 crash and kindly offers her insights on the rights of non-citizens to sue in California.